John A. Burns School of Medicine • University of Hawaii Manoa 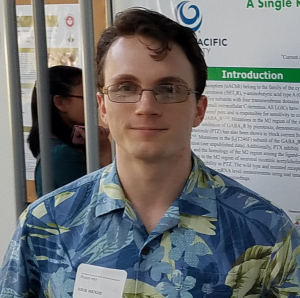 By his own admission, Erik was a poor high school student, but when entering HPU he made a concerted effort to improve his skills and attain educational goals. He enrolled as a psychology major with strong interest in neuroscience.  Met Dr. Chen and immediately changed major to Biochemistry and began working in her lab.   He is now a top graduate in Biochemistry and accepted into Cornell’s graduate program in Biophysics beginning Fall 2016.  In addition to being accepted into a top graduate program, this year Erik earned HPU’s top Biochemistry student award, received the 2016 H.Y. Benedict Fellowship from Alpha Chi National Honor Society, and was awarded first place in the undergraduate division at the 2016 Biomedical Sciences and Health Disparities Research Symposium.

Presentations this academic year (2: one at an international conference and first prize for undergraduate division at the local conference):

Seeking Ph.D. program in biophysics and/or structural biology.  Applied to 7 top programs.  Accepted to University of Virginia and Cornell.  Attending Cornell (Biophysics) in Fall of 2016. 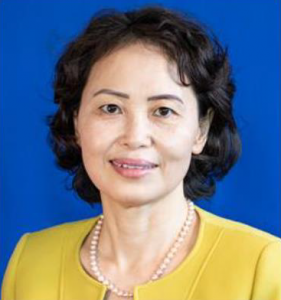